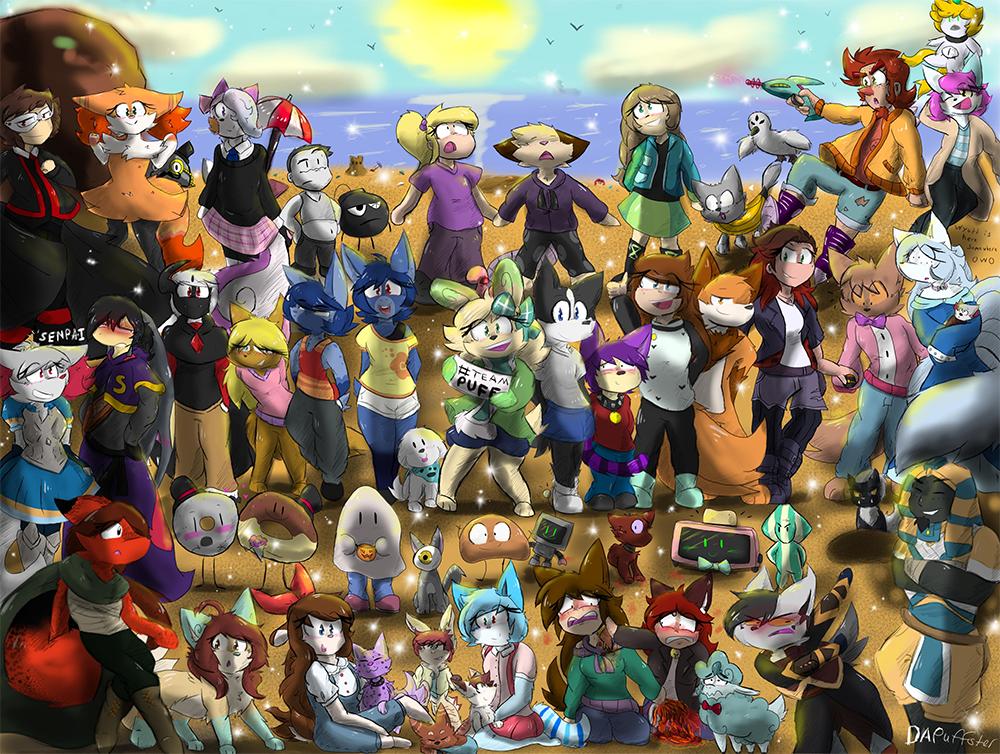 Biscuit
Biscuit said:
Aniahmator There will be more information relating badges announced soon. But yep, there will be a few team-related badges! If you participated on a team, you will still get those badges, even if you are now a Spectator.

AboutRainbow
AboutRainbow said:
Good game, everyone!! :00
Man, I'm so excited for next year,, I can't wait to show off my future improvement!!
I was so nervous no one would like my characters,, but man,, I got such amazing art of my designs. People draw my characters like I never will be able too,, and there were a few times when I nearly crieD because of how amazing some of the drawings are that I received.
Thank you everyone for such an amazing year! It was my first artfight, and I know it won't be the last.

Aniahmator
Aniahmator said:
Here's a silly question
Does the achievement system relate to the teams and such, and does it work for people that were involved in Art Fight but went into spectators before it ended?
Posted 3 years ago

Rainy
Rainy said:
@mari-golds Can't give a specific date but it should be within this month!

Wolfyycat2 It's annual, so every July. :)

Wolfyycat2
Wolfyycat2 said:
Congrats everyone!! Is there just one fight every year? Or is it every month or something?
Posted 3 years ago

CrabStag
CrabStag said:
hhhhow long till the achievements? i mean take ur time but im just wonderin
Posted 3 years ago

Rysacz
Rysacz said:
Wow guys! Thank You so much for the feature!?!?!? I FEEL SO HONOURED?? WOW!
Also this year was a great fun and I just can't wait for the next turn uvu
Thanks to everyone out here

You're great guys! Keep going and see You all  next Year ; v ;

StormTheBard
StormTheBard said:
This year was great fun! And I learned a ton by taking part in this! Really looking forward to next year! Thanks, everyone!
Posted 3 years ago

StormTheBard
StormTheBard said:
This year was great fun! And I learned a ton by taking part in this! Really looking forward to next year! Thanks, everyone!
Posted 3 years ago

TopazTalon
TopazTalon said:
I'm honestly so happy our team won, but at the same time, I'm glad we all had fun! I can't wait until next year!
Posted 3 years ago