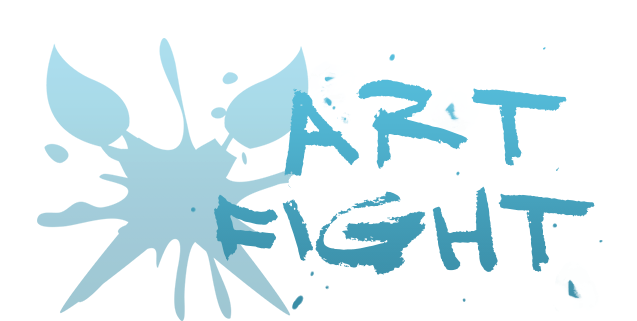 Today, July 1st, marks the start of Art Fight 2017! We hope everyone has fun participating.

To help you get started, here’s some basic explanations:

Questions
How to get sorted:
Now that the event has officially started, you can click “Current Event” in the upper right hand corner to check it out. Once there, you can go ahead and get sorted into a team.
Team sorting is done manually to help prevent teams from being flooded with abandoned and inactive accounts.
Which team you get sorted is mostly based on how many users are on the teams already, to help make sure that the user count is balanced and each team has an equal chance based on member count.

How to attack:
Once you’ve been sorted into one of the two teams, you are then able to click the Submit button in the navbar and there should now be “Attack!”.

What is rating?
Once the fight has started, you may notice a Rate Attacks option show up under Browse. Here, you can rate attacks that have been submitted, giving them a small addition to their points if you upvote them. You can only vote on each attack once a day.
This is not a required part of gameplay! It’s just if you want to take part in it.
You also do not need to be on a team to rate! Spectators, if you want to have a little part in the game too, now’s your chance!

What if I have extra characters on X site? / Can I accept “new designs” as attacks?
Due to the nature of how attacking works, people will be unable to “attack” your characters from other sites or do new design attacks on you. However, this does not mean that you need to upload everyone here to Art Fight or that new design attacks are impossible!

To allow people to do these kinds of attacks on you, you can upload a “general” character, or rather, it’s not a character at all. Title the new ‘character’ something along the lines of “Extras”, “New Design Attacks”, or the website(s) that you have your other characters listed on. Giving the ‘character’ a thumbnail/reference image for the site or purpose really helps too.

In addition, the site got some awesome features added by the awesome @Morichinatsu
We bring to you…


If you have a question, don’t hesitate to join us on the Discord server. Staff there can help you out!


Crystaline
Crystaline said:
I keep trying to submit a character, but everytime I do it says "All fields with an asterisk need to be filled in. BBCode can be used in textareafields" But i did fill everything in. I'm getting a bit frustrated..
Posted 3 years ago

Eny_Lame
Eny_Lame said:
So once this event is over can we still fight with out earning points for teams?
Posted 3 years ago

ninja296
ninja296 said:
I'm new to this and having some slight trouble submitting an attack. I put in the ID next to the characters name and checked it but it came up with an error page so I fiddled with the option below the field and I still can't find the character. What am I doing wrong?
Edit: I figured out what was wrong. Don't include the # in the ID.
(Edited by ninja296 3 years ago)
Posted 3 years ago

PeranoPencils
PeranoPencils said:
I've been trying to submit an attack and I filled in the id and everything but it will still say I need to add a character can you help me please?
Posted 3 years ago

Teeth-Soda
Teeth-Soda said:
Hey, I used all three of my chances (using one to become a spectator as a newbie accident) and I keep getting team moon, although I would prefer team sun. May I please be switched to team sun, if that's not a trouble?
Posted 3 years ago

dokoel
dokoel said:
I'm not seeing any of the new features on my profile, but I'm just assuming that they're rolling out slowly to everyone on the site! (I can't wait to be able to re-order characters!!) qvq
Posted 3 years ago

pluvialplum
pluvialplum said:
I can't really go anywhere on the site,,, I tried to look at other peoples' characters and it just throws me out and says to check my router ?? Is it because there's so many people on this site ? Because it certainly isn't about my computer, it works fine on other sites.
Posted 3 years ago

davey
davey said:
it says theres a random character button on the browse drop down but i dont currently see one :O
Posted 3 years ago

MaplesHaiku
MaplesHaiku said:
Woo! Hope this year is another great one! ^^
Posted 3 years ago