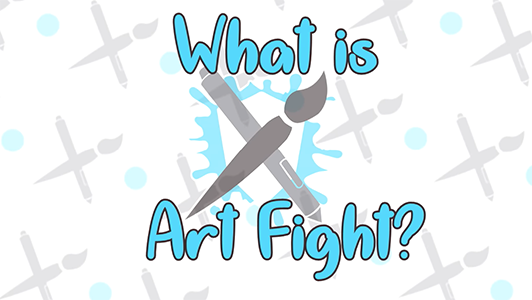 
Some other things to note:

Art Fight was created in 2007 by Blankit. It was run on a petsite forum with a small amount of participants. However, in 2013 Chronicartist developed a site to help reach other artists around the world. Unfortunately, she was not able to continue running due to life circumstances. The concept was given to Takaia and was ran on a forum site in 2015 temporarily until she could help develop this site. artfight.net has only been around since 2016!

Each year the 2 teams are based on a theme. The past official themes include:

Themes after the site was founded: