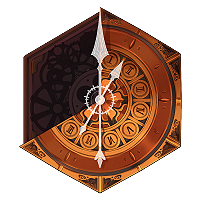 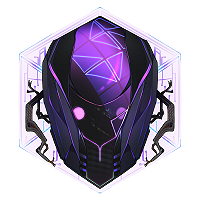 To show your team pride, use the badges made by Sangtanic on your Art Fight profile! If you need help with adding them to your profile, click here.

If you haven't already seen the 2021 theme reveal video, you can watch it here.

Getting and switching teams is now easier

Rolling for a team via the button will still get you a random team, weighted towards the team that has the least fighters at the moment. BUT, you can now easily switch to your desired team during the event. You have 2 team switches. You can also become a spectator again at any time if you should not want to participate in the fight anymore while the event is still active. An alternative to becoming spectator is to hide all your characters. This way you keep your team color, but no one can attack you. Switching to spectator and back again does not use up a team switch. This means Administrators will NOT be doing team switches for any reasons this year, as the button can be used instead.

We wanted to give a little boost to those who want to attack their fellow team-members, but in a way that would not get in the way of the competitiveness and spirit of the game. So we hope those of you who like to attack anyone in their way regardless of team will enjoy this one! The percentage may change next year, as this is a trial run!

The points will be higher this year!

We have upgraded the math of the point system! Expect higher scores! We also worked on balancing the points related to type and character amount. We hope you like the change! Keep in mind our point system will likely need some more tweaks the upcoming years, so nothing is set in stone. If you notice anything strange or have feedback, there will be a form at the end of the fight that you can fill out!

Animation ratings have been changed

This year we have added Animatics as a category! We have also changed up how to rate your Animation Type! The ratings now depend on how much of the character is animated. Characters can be added the amount of times they show up in different scenes, not counting recycled/re-used scenes. In addition, we now have an option for when only the background is animated. You can check out the changes here.

As you know, staff take some days at the end of the fight to go through reports on the site and correct ratings so the team scores are correct. This is one of the reasons why we will be hiding the total team scores at the end of the fight for the last 48 hours, like we did last year. You will still be able to see individual scores of yourself and others, just not the bar that shows which team is in the lead. You can still make attacks, as the fight will still not be over yet! (The fight ends 1st of August 12pm MDT.)

Here’s a few helpful links to get you started:

_Soulette_
_Soulette_ said:
COME ON TEAM STEAM WE CAN DO THIS. WE'VE HAD THE LEAD ALL THIS TIME, WE CAN TAKE IT BACK!!!
Posted 9 months ago

Dearbornx
Dearbornx said:
I definitely think friendly fire should be at least 50% or something. Friendly fire is still a hell of a lot of work to do, and to get next to nothing for it is a bit insulting considering this game is just for fun and there's no real stakes in it. If the concern is just friends attacking each other (which isn't that big a concern) having any sort of percentage cut out of the score should be a decent enough deterrent without it having to be that big. It's still competitive either way and I don't think friendly fire detracts from it that much. The 20% is a step in the right direction but I hope it's upped for next year!
Posted 10 months ago

GraciousBean
GraciousBean said:
Fight me >:3 this is hella exciting
Posted 10 months ago