Some Updates and Clarifications

As a team, we’ve recently been working on alterations to our Discord server’s rules, the clarification of Art Fight’s financials, and updates/clarifications regarding the site. This post will summarize these clarifications alongside some changes still to come.

As you may have noticed through the #changelogs channel in our Discord server, we have updated the wording of some of our rules, specifically regarding what kinds of art can be shared. The first of these changes involve Art Rule 5, which has been altered to remove “NSFW content” from the list of topics that are allowed under a spoiler. This wording implied that we allowed explicit 18+ material within the server. This was never intended, despite the rule being badly worded.  Sexually themed art is allowed under a filter on site only, and must adhere to our maturity guidelines, which can be found here.  The allowance of sexual themed art in the server was a miscommunication on our end, and is not allowed within the server, even with a spoiler. We apologize for our rules being worded in a way that made it seem like it was allowed, however, and apologize once again for any confusion the incorrect wording may have caused. Additionally, we have reiterated our ban on NSFW content in our new Art Rule 6.

Keep in mind that this ban on NSFW content and sexual themes extends to questions related to said themes in the #af-help and #af-help-2 channels. Any inquiries about these topics should be discussed in DMs with moderators, with any NSFW text/images sent in DMs being spoilered and given a warning for. If you see any posts that break our rules on NSFW content and sexual themes, don’t hesitate to send an online moderator a DM so that it may be removed.

In a similar vein, we are diligently working on fixing a bug with filters not working as intended on the site. To avoid bug exploitation, we will update everyone with details after we have ensured the fix is complete. Thank you for your patience in the meantime!

We are also working on updates for “Design a Character” attack rules and clarity regarding who to contact for issues on-site. For design attacks, we will be updating our rules to specify what is necessary for design attacks targeted towards more than one user and the rules regarding ownership of said character designs. This will be updated before the next fight and will be announced when it has been implemented.

Additionally, we have updated our Contact a Mod page to add a section about reporting users. If you are having issues with another user on Art Fight, you should speak to admins or a site lead for help, as regular site mods cannot deal with user-related reports, because of the potential of dealing with private information. We encourage users to contact moderators or admins directly when dealing with reports that could be considered emergencies (example: exploitation of minors).

Regarding the report backlog itself, we will be re-evaluating our process for dealing with reports in the coming months to hopefully relieve some of the delays in report resolution. We apologize again for any lengthy wait times, and encourage you to reach out via site messages if you require immediate help.

Lastly, we want to make a quick update about Cloudflare and some recent concerns about a website they previously supported. Luckily, Cloudflare did the right thing and has since dropped supporting the website in question, so it appears these concerns have now been resolved, but we still wanted to mention that we only use Cloudflare for DDOS / high traffic protection, and nothing else. Art Fight is not hosted on Cloudflare, nor are its images/etc.

Recently, we’ve noticed there have been some concerns regarding donations and the way Art Fight is categorized. First, we want to clarify that we are not a non-profit organization. We are considered a sole proprietorship - in the past, Art Fight has mistakenly been referred to as a non-profit, but that is not the case, and we apologize for the confusion. We have looked into becoming a non-profit, but it’s not something that’s feasible for us right now.

Art Fight is a passion project that sustains itself via donations from its user base. The majority of these funds go towards maintaining the site. The largest site expenses include: image hosting, web servers, other web services, and commissioned art assets. This is not cheap, especially for a site of our size that approximately doubles its user base every year. After the bills are paid, the leftover money is significantly lower than a fair wage. Therefore we are unable to hire anyone, though Takaia receives a small amount of compensation for work she does as the site owner and coder.

All moderators, designers, and administrators are completely volunteer. This is something they agree to when they sign up to be a moderator, and is a standard practice for small websites. We would love to pay more of our staff, as well as hire an accountant (for proper financial breakdowns, etc.). The reality is that none of that is financially feasible for us at this time, because Art Fight does not earn enough to pay for these services.


In the past, we worked very hard to try to be transparent with Art Fight finances. However, because Art Fight does not earn enough to be able to hire an accountant or any other professionals, all estimates were being done by Takaia. Due to the fluctuating nature of Art Fight's costs and donations, many of the reports ultimately ended up being unintentionally inaccurate. Takaia tried as best as she could with the resources she had to make as close to an exact estimate as she could.

Because of the inaccuracy, Art Fight's estimations received backlash, some of which was personally directed at Takaia. After considering the sheer amount of time and effort needed to make these, the resulting backlash, the private nature of the amount people get paid, and looking at similarly run websites who don’t publish this information, we decided it was best to simply stop making estimates/breakdowns. However, to give an idea of how much things can cost, here are some examples of recent bills we’ve paid. Please note that this is a fraction of the total we pay per year, these are individual examples:

Image-hosting alone for the month of July 2022 cost around $7,200 USD. The web server for hosting the site itself costs around $500 USD a month. For 2022, Art Fight needs approximately ($500 x 12 months) $6,000 USD to pay for the web server. Again, these numbers do not take into account future site growth, art/image assets, the rest of the image hosting costs, and other miscellaneous costs, both planned and unplanned, during the year.

We would like to extend our gratitude to our users for your understanding and continued patience, alongside your willingness to help in our shared goal of improving the site. As always, we encourage you to come to us with any questions you may have and to share any concerns you feel need addressing. You are welcome to either comment below, DM a moderator, post in our Discord server’s help channels, or send us an email at [email protected] We appreciate any questions or concerns being brought to us, and thank you in advance for your patience, as potential replies may be slow due to moderators being busy with life commitments outside of Art Fight.

We greatly appreciate your continued support as we all move forward together.


hypnotic
hypnotic said:
people are getting mad over this?? lol
i havent visited this website in forever
Posted 14 hours ago

Kitsville
Kitsville said:
chicken burger cheese fries am i right
god i love reading internet arguments
i need new hobbies
OH ALSO can someone please please @ me when more fighting happens i need it pls
(Edited by Kitsville 1 day ago)
Posted 1 day ago 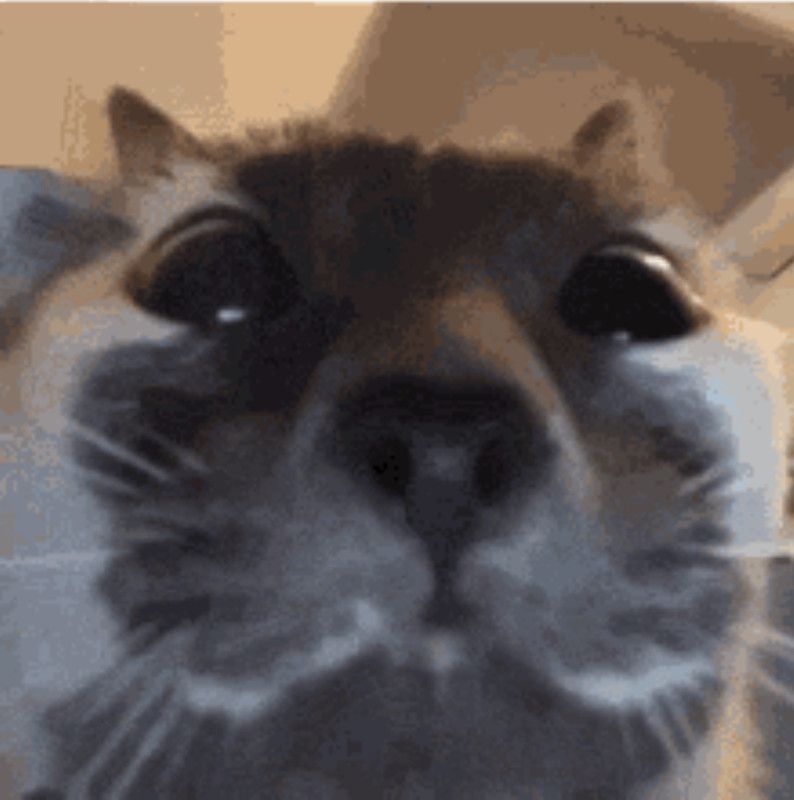 (Edited by ArtyOfficial 1 week ago)
Posted 1 week ago

Now let’s stop talking about this and call it a day. Forever.
(Edited by ArtyOfficial 1 week ago)
Posted 1 week ago

ARCANEarts
ARCANEarts said:
Artfight is one of the best things I've participated in and I hope it still lives on and I hope that everyone has the best time here
Posted 1 week ago

Ironwolf2017isSUS
Ironwolf2017isSUS said:
This artfight was fun and i already miss it already and cant wait till next year and people getting mad over NSFW being banned  they can get mad about it but you mods are trying to do the right thing and thats all that matters
Posted 1 week ago

Pansear
Pansear said:
People getting mad at NSFW being banned don't know the myriads of internet art duh-ra-muh involving that with discord (that has poor/easily accessible maturity filters) that allows minors to join in.

Like. Seriously. Your pleasures being forbidden isn't the end of the world. Its honestly for the best that its being implemented to keep kiddos safe.
If you want to have Sexually explicit art trades or share em, then go do that somewhere else for privates, friends, and servers that DO allow it.

People going as far as to harass the mods: I really hope you think about what you were doing real hard, because the small group of people who let you in this free art trading site are- surprise- actual fucking people with emotions and humane faults who are trying to maintain it with donations and out of pocket passion.
How about YOU try running a site with a massively growing userbase and a small team?

Criticisms are valid of course, but harassment? Bro, if you @ me to "erm actually" and justify it, then I don't wanna hear it. 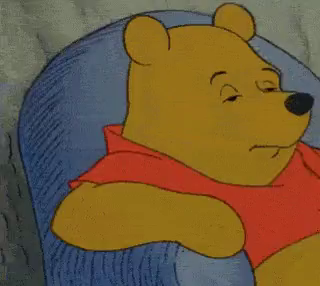 Dorkasaurus_123
Dorkasaurus_123 said:
ArtyOfficial You and me both, i've never HAD discord, (strict parents) I am simply sitting in the dark with blissful ignorance.
Posted 2 weeks ago

Norner
Norner said:
Imagine ppl getting mad about NSFW being banned on the discord server. It's not like it's banned on the site. And it's NSFW what did you expect?? There's minors around and yes they can lie about their age, but this is literally just the best the staff can do and ppl are just complaining about it...
(Edited by Norner 2 weeks ago)
Posted 2 weeks ago

ArtyOfficial
ArtyOfficial said:
I Was A Fetus The Last Time I Visited The Discord :|
What The Fuck Is Going On
Posted 3 weeks ago

Shilocke
Shilocke said:
Reading the comments and can't help but think, "Man, I wonder how all the worst folks being rude here would like it if THEY were getting horrifically dogpiled and harassed esp when ppl are MOSTLY bringing up very extremely minor grievances that aren't specific to their thing"

This is a much smaller group of ppl working on this site compared to, say, facebook or twitter or something. Each individual is substantially more likely to see the incessant backlash, and this amount of aggression from the userbase probably doesn't make them want to even keep doing this event y'all like so much. (emphasis on THIS sentence) I'm sure there's plenty of valid criticisms, but this amount of it with the level of aggression used ain't it and I'm sure isn't helping anyone's mental state, including the ppl doing it, if that's anyone's concern here.

Just take it easy, everyone. Turn your computer off. Also don't @ me to argue or for any "ok but-" because I will not be responding. I have better things to do.
(Edited by Shilocke 3 weeks ago)
Posted 3 weeks ago